After a routine using four red sponge balls one of the balls is placed in the centre of a silk. A beautiful effect now occurs. The ball is seen to visibly get larger and grows to the size of a grapefruit. Four 1" balls, one 4" ball and an 18" red silk £6.50.

Three small 2.5 cm (1”) balls of different colours, red, yellow, and black mysteriously travel one by one from the magician’s pocket to his hand . Finally the three balls change into one large three-coloured ball £6.50

One red sponges visibly multiples into four all between your fingers. 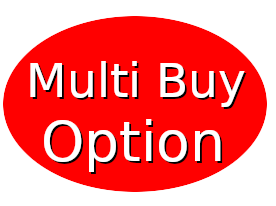